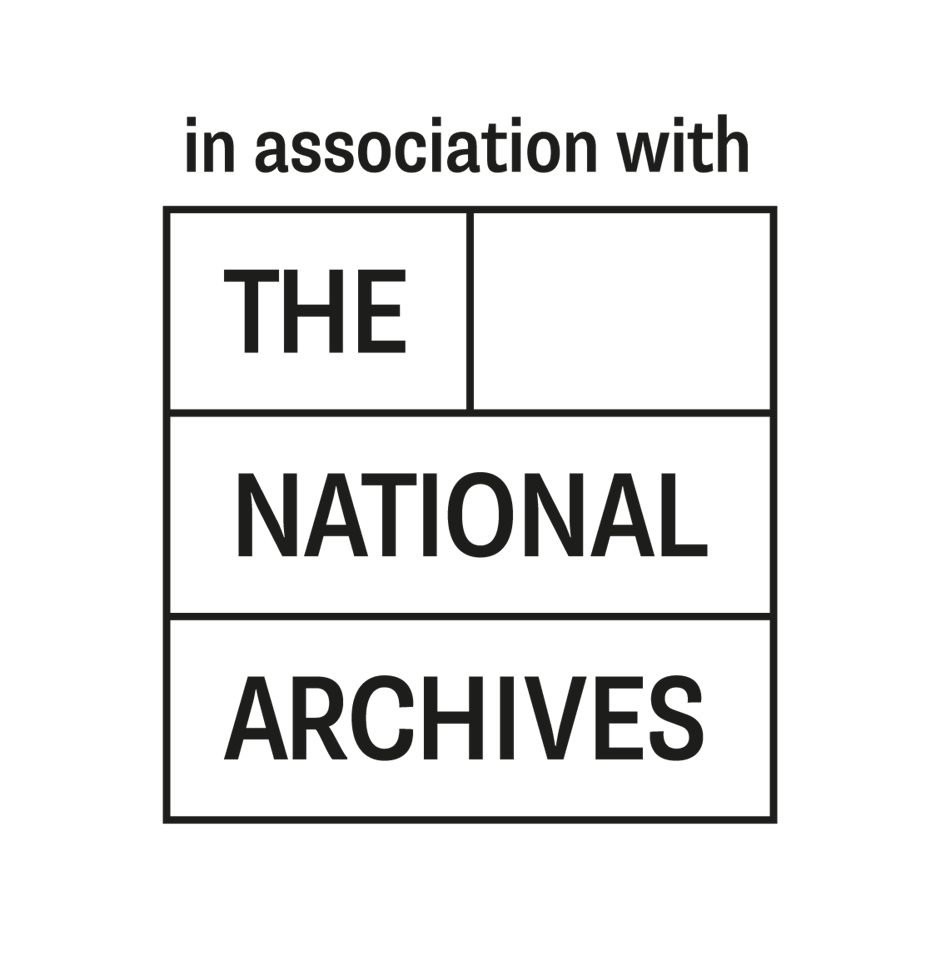 Discover your English and Welsh ancestors who left estates that incurred an inheritance tax.

The Archive of Indexes to Death Duty Registers contains over 3.3 million transcripts and digitized images of the original indexes created by the Estate Duty Office (later to become the Inland Revenue) of all wills and administrations attracting Death Duties from all the Probate Courts in England and Wales.

The amount of information listed varies, but the Index to Death Duty Registers 1796-1903 records usually include a combination of the following information about your ancestor:

This valuable consolidated index is particularly useful to genealogists and family historians in two ways.

First, if you find an entry in this online index, you may obtain a copy of the entry from the Death Duty Register. The information in the Death Duty Register contains information not found elsewhere. The registers were created by the office responsible for collecting taxes on personal estates. Details of what the estate was actually worth after debts and expenses and what the beneficiaries received can be recorded. In addition to the last address and occupation of the deceased, they can give the date of the will, the names, addresses and occupations of the executors, and details of estates, legacies, and trustees. They may also give the date of death and information about beneficiaries and family relationships. The registers could be annotated for many years after the first entry and, therefore, can include information such as the date of death for a spouse, dates of death or marriage of beneficiaries and grandchildren, and further residential addresses.

Discover more about the Index to Death Duty Registers 1796-1903

What are Death Duties?

In 1796, Legacy Duty was a tax payable on money left in wills or received from an administration of a personal estate. While close relatives such as wives and children did not have to pay, more distant relatives did. This was based on a percentage depending on the relationship between the Testator or Intestate and the Beneficiary.

Between 1796 and 1903 the scope of taxes payable was extended and many more estates became subject to what is collectively referred to as Death Duties.

In 1805, Legacy Duty was extended to include closer relatives and money received from the sale of real estate. The Stamp Act of 1815 extended the duty further to include all beneficiaries except spouses. The introduction of Succession Duty in 1853 in addition to Legacy Duty meant that a tax was payable on any sort of property transfer occurring at death, with or without the existence of a will or administration. In 1881, the Probate Duty was introduced and taxed all personal property bequeathed at death and in 1894, the Estate Duty replaced Probate Duty and taxed all property bequeathed at death.

From 1796 to 1812, abstracts of most wills and administrations in England and Wales had to be deposited at the Legacy Duty Department of The Stamp Duty Office. After 1812, copies of nearly all wills and administrations in England and Wales were deposited there. This office later became the Estate Duty Office. Registers were compiled with details of the estates liable and taxes levied and are collectively known as the Death Duty Registers.

The key to the Indexes is the court name where the will or administration was proved or grant issued; until 1812 a separate index for each court was created. For this reason, it is easier searching the index for wills and administration after 1812.

Searching the Indexes is easier and faster if you have some understanding of the system for proving wills or issuing grants in England and Wales. This was in the hands of the church until 1857 and various conditions applied and determined which court had jurisdiction and, depending on the Testator’s or Intestate’s individual circumstances, which court would be most appropriate for the purpose.

England and Wales were divided ecclesiastically into two provinces: the Province of Canterbury and the Province of York. Each Province had an Archbishop and an Archbishop’s court, known as the Prerogative Court. These were the highest authorities within each Province; however, The Prerogative Court of Canterbury was the senior court of the two in regards to England and Wales as a whole and indeed could prove the will or issue a grant for any inhabitant of either Province.

The jurisdiction of a court did not necessarily apply to just one county. A court could have jurisdiction over several parishes in several counties. Therefore, between 1796 and 1811 The Estate Duty Office created a separate index for each court and sometimes groups of courts.

These are not indexed by county but by the court name. For help in identifying the jurisdiction of a court from a county level during this period, please refer to Counties and Courts, which is linked to in Useful Links & Resources. This should be used as a guide only as there may have been other factors which could have determined why your ancestor’s will was not proved in his local court of probate.

The following briefly outlines the jurisdiction of the different courts appearing most commonly in the indexes. Most counties were subject to at least a two-tier system of hierarchy.

Archdeacon’s Courts could prove wills or grant letters of administration if the testator's property was held only within the area covered by the Archdeaconry. Where property was held in more than one Archdeaconry, the Bishops (or Consistory) Court had jurisdiction. Where goods, valued at £5 or £10 in London, were held in more than one diocese, the deceased was deemed to be in possession of a bona notabilia, and probate was granted in the higher court. These were the Prerogative Court of Canterbury (PCC) and Prerogative Court of York (PCY). The former held seniority and covered most of England and Wales south of Derbyshire, and was located at Doctor’s Common, close to St Paul’s Churchyard in London.

It was the location of property that determined the court at which the will was proved, so the court was not necessarily geographically near to where the person lived or died. Stocks (or gilts) were administered by the Bank of England, and so any stockholder would be considered as holding property in London. Sometimes it was more convenient for wills to be proved in a higher court than necessary if, for instance, the executor lived some distance from where the deceased's property was held. Wealthy people also tended to utilise the higher courts as a symbol of their status.

The PCC was also the preferred court for many non-conformists and Catholics who did not want to deal with the Established Church. It was obligatory for serving soldiers and sailors, people with property held in England and Wales who died abroad, and people from abroad who died here to have their wills proved at the PCC. During the Commonwealth, 1653-1660, all wills were proved at this court.

Finding a will or administration between 1796 and 1823

Entries are listed in order of date of probate or issue of grant and not date of death; therefore, you should always check the indexes for a few years after the date of death.

Between 1796 and 1823 a separate index was created for each court or sometimes groups of courts. If you do not know the name of the court that may have granted probate or issued the grant, you may find our guide Counties and Courts helpful, which is located in Useful Links & Resources.

Your free search will list pages relevant to your surname query from all courts with jurisdiction throughout England and Wales during this period. These are not pages of exact surname matches; surnames were not recorded alphabetically but by different methods of sub-division and grouping.

The more obvious place to start is the Index for the Archdeaconry, Consistory, and Commissary Courts covering the locality or county of the person’s home. For example, if an individual who owned land or property located within the jurisdiction of a single Archdeaconry Court died, his will or administration would probably be found in that Archdeaconry Court Index.

However, if he owned property or goods in more than one area, thus involving the jurisdiction of another Archdeaconry Court, then his will or administration would have to be proved in a superior court, such as the Consistory Court or even the Prerogative Court.

You should always consider the possibility that the will was proved or grant issued in the Prerogative Courts by choice. The details of wills and administrations of ordinary people such as tradesmen, merchants, farmers and many more were often proved in the Archbishop’s Courts through choice. There is no evidence to suggest that these courts were reserved solely for wealthy individuals.

You may come across “peculiars,” these were sometimes called “Royal peculiars” and were courts having special jurisdictions over certain areas. Therefore if a person happened to have property in one of these districts, his executors would not be allowed to prove his will in the local Archdeacon’s Court or even perhaps in the Consistory Court, although they would be able to go above the Peculiar Court and prove it in the Prerogative Court.

Finding a will or administration between 1812 and 1857

From 1812 to 1857, although the ecclesiastical court system remained the same, the Estate Duty Office revised their method of indexing and recorded all wills and administrations in one of three indexes only; if you are searching through the Country Courts Index you will find the court of probate included in the entry.

Finding a will or administration between 1857 and 1903

In 1857, the Court of Probate Act brought an end to the jurisdiction of the old ecclesiastical courts. From 12 January 1858, the Principal Probate Registry became responsible for the proving of all wills and issuing of all grants of administrations.

However, if you are unable to gain access to this, you can utilize The Estate Duty Indexes up until 1903 for this purpose. You may not find an entry if the will or administration was valued at less than £20.

The original indexes are held by The National Archives, London, England, under the series title IR27 and are made available here under license.