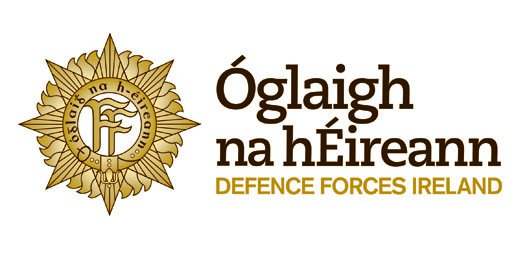 Did your ancestor serve with Ireland’s National Army in 1922? The army census includes details pertaining to where soldiers were stationed, their ages and their next of kin; all information that will help deepen your knowledge of your military ancestor. The census records, which are currently held by the Military Archives, show the newly formed National Army in the midst of the Irish Civil War.

Top of the page

The Irish Army Census of 1922 is held in the Military Archives of Ireland. The census records are bound by leather in 10 volumes. Some of the records have been damaged through the years and this has led to some incomplete transcripts. The records detail the names of all those serving with the army at midnight on 12/13 November 1922. The census was imposed to help with administrative challenges faced by the new Army Pay Office. These challenges were further exacerbated by the outbreak of the Irish Civil War (1922-1924). The census was overseen by the Director of Organisation, Commandant General Diarmuid Ó hEigceartaigh.

The National Army was established in 1922 after the Anglo-Irish treaty was signed and the Irish War of Independence (1919-1921) ended. The newly formed army first debuted at Beggars Bush Barracks when the military base was turned over to the Irish by the British Army on 31 January 1922. Initial recruits for the army came from the pro-Treaty supporters within the Irish Republican Army. The census documents that boys as young as 14 were enlisted. The records give a snapshot of the army at a particular time.

The Irish Army Census is an excellent resource for family historians trying to discover relatives from the early 20th century, due in large part to the thousands of records that were destroyed by the fire at the Four Courts just months before this census was created.

The Anglo-Irish Treaty was signed on 6 December 1921, which declared an Irish Free State for twenty-six counties. The treaty ended the Irish War of Independence. The Free State would still be a part of the British Empire, similar to Australia, and the Dublin parliament would swear an oath to the King. Dublin would have its own operating parliament and would be responsible for all of Ireland’s internal affairs including judiciary, policing and a small military.

The treaty did not result in full independence or the Irish Republic that many had hoped for. It also confirmed the partition of the northern six counties. All sides were dissatisfied with the conditions, but it was an end to war and fighting. The treaty was ratified by a small majority on 7 January 1922 in the Dáil Éireann. Immediately Eamon De Valera and the anti-treatyites left the Dáil. This left the pro-treaty supporters to establish the new government and oversee the transfer of power from the British government to the Dáil Éireann, including the creation of the National Army.

Tensions between the pro- and anti-Treaty sides continued to grow and the military split along party lines into two separate forces. In April 1922, Rory O’Connor led a group of anti-Treaty Irish Republican Army (IRA) soldiers to occupy the Four Courts building in Dublin. The Irish Free State held its first election in June and pro-Treaty won the majority of the seats. With mounting pressure from the British government and further agitations, Michael Collins gave the anti-Treaty forces occupying the Four Courts a final chance to surrender. The National Army bombarded the Four Courts building on 28 June 1922 and thus the Irish Civil War had begun. It was at this time that large volumes of government papers were destroyed, which continues to affect family historians today. Anti-Treaty IRA surrendered after two days, but the war continued across the country.

The country descended into ten months of brutal fighting. The anti-Treaty forces, or the Irregulars as they were then called, used guerrilla style warfare of ambushes and reprisals. The months were filled with assassinations, executions, and atrocities committed by all sides. During this time, Ireland lost some of its brightest and best leaders including Liam Mellows, Cathal Brugha, Arthur Griffith, and Michael Collins. The census was created only months after the head of the National Army, Michael Collins, was killed in an ambush in Cork. Collins was succeeded by William T Cosgrove.

The only conventional battle fought was at the Battle of Killmallock during the summer of 1922 in County Limerick. Fighting finally ended by May 1924. There was no formal surrender by the republican forces or negotiation. The bitterness of the Civil War left a lasting impression on the new nation. From the opposing sides, two political parties emerged: Fianna Fail and Fine Gael. Today, these two political parties still dominate Irish politics. After the end of the Civil War, the National Army was reduced in size and then further restructured into the Irish Defence Forces on 1 October 1924.